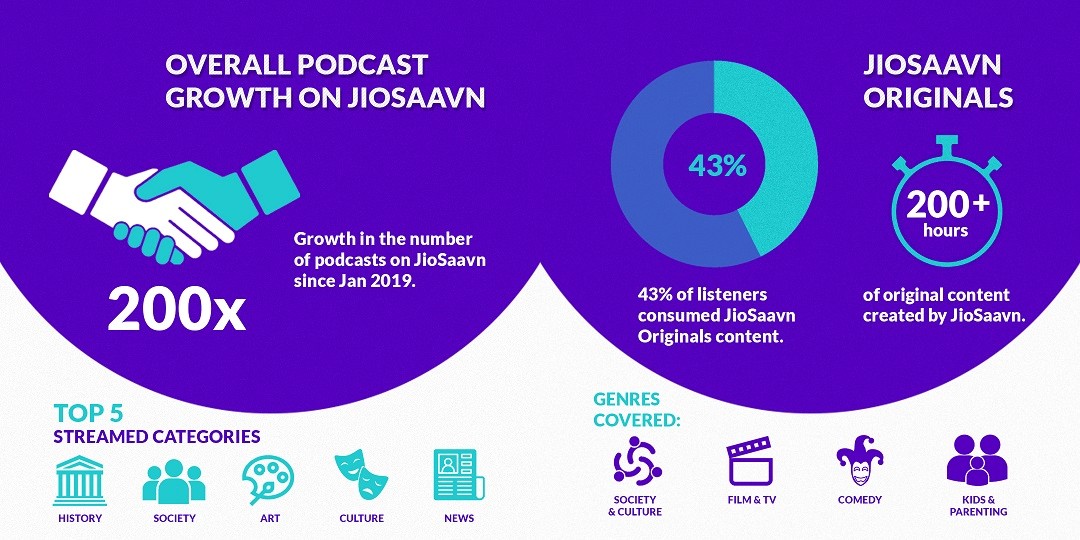 JioSaavn clocks a 200x increase for podcast catalog since 2019

JioSaavn, one of India’s largest music and audio streaming service, has shared that the service has clocked a 200x increase in its podcast catalog since 2019. The platform has partnered with popular international podcast monetization and distribution platforms including the BBC, Acast, Captivate, and Spreaker.

JioSaavn was one of the earliest movers in the podcasting space in the country by launching original programming in early 2016. Founded in 2007 as Saavn, JioSaavn is an audio streaming service for South Asian music and artists. In March 2018, India’s biggest business conglomerate – Reliance Industries Limited – acquired a majority stake and rebranded it as JioSaavn to align it with Jio, the company’s telecom carrier service. JioSaavn claims to have over 100 million monthly active users.

According to the company, as of September 2020, over 60% of users aged between 18 and 35 years old reported listening to podcasts weekly. JioSaavn has created over 200 hours of original content across genres. 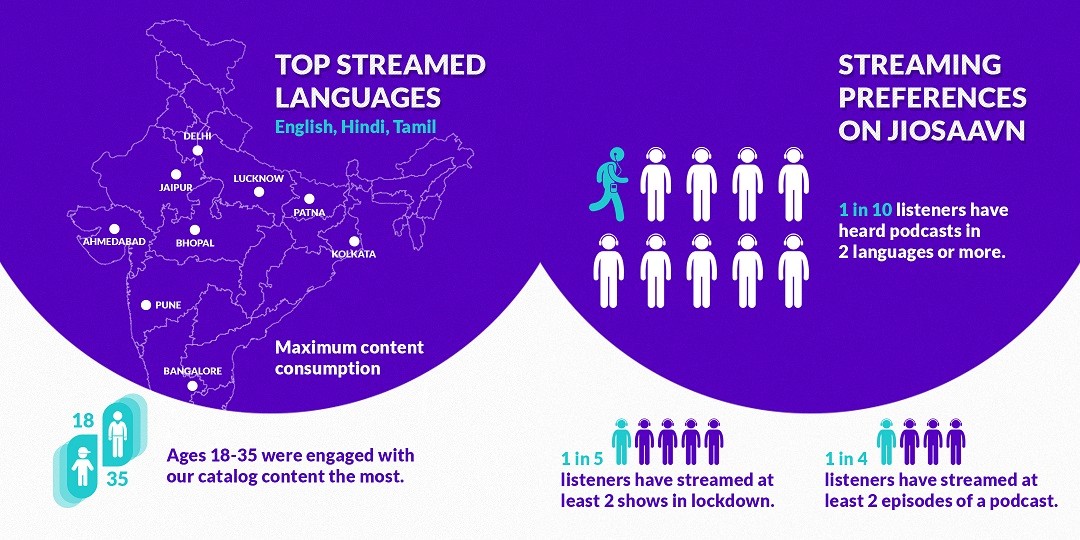 In 2020, JioSaavn introduced several new developments including JioSaavn YourCast, a direct listing platform for independent podcasters. JioSaavn has also been focused on supporting creators and podcasters through monetization efforts. The service recently also launched a dedicated Podcast Homepage – currently live on Android devices only – to make podcasts more accessible to its user base.