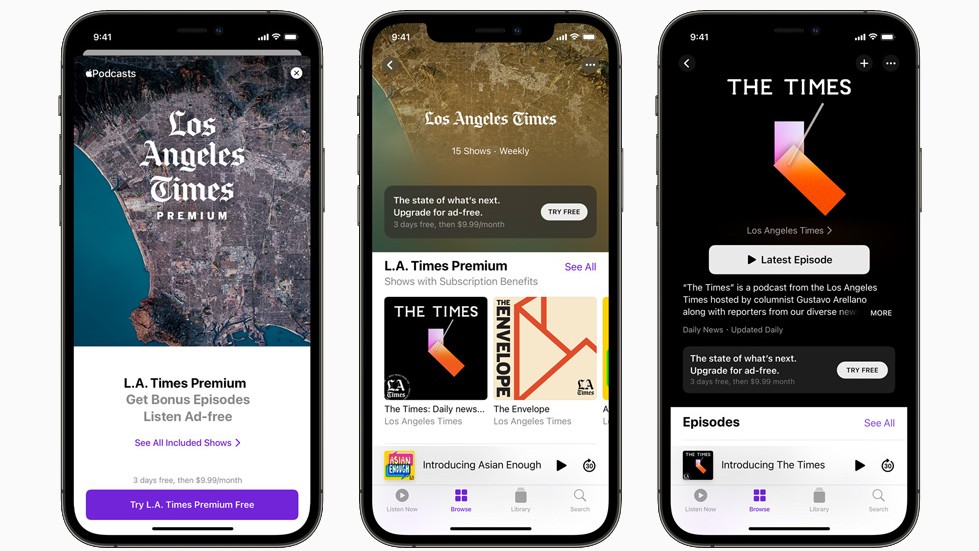 Apple is finally rolling out Apple Podcasts Subscriptions to its customers worldwide. The new offering was announced at the company’s Spring Loaded event in April and was originally planned to debut the following month. However, the rollout was delayed since some publishers faced issues with their shows.

Apple Podcasts Subscriptions offers a new way for publishers, independent creators, and media businesses to monetize their podcasts beyond advertising. A premium subscription opens up an opportunity for publishers to remove advertisements from their podcasts, offer bonus episodes and exclusive content, or give early access to a new series. It will also give listeners a way to support their favorite podcasters.

The Apple Podcasters Program, which allows publishers to activate and manage premium subscriptions, costs $19.99 per year (₹1,799/year in India). There are no prerequisites like a minimum number of subscribers or episodes, so pretty much anyone can offer a premium subscription.

Publishers will be able to set their own pricing (starting with a minimum price of 49 cents/month). Apple being Apple will take a cut of 30% of the subscription fees that the podcasters manage to garner. In line with the App Store revenue split, this is for the first year and Apple will reduce its cut to 15% in subsequent years. On purchasing a subscription, listeners will automatically follow the show, and the podcast listing will show a ‘Subscriber Edition’ label. Apple Podcasts Subscriptions and channels are available in more than 170 countries and regions. Customers can also play subscription content on Apple Watch and with HomePod, HomePod mini, and CarPlay. You can check out this video from Apple that provides an overview of how channels and subscriptions work, and includes a step-by-step walkthrough of setting up channels and subscriptions in Apple Podcasts Connect.

It, however, needs to be seen if a lot of podcast listeners will shell out a few bucks every month to avoid ads or support their podcasters. There are several paid podcasts already, but Apple Podcasts Subscriptions keep you tied to the Apple walled garden unlike most paid podcasts. This, in essence, defeats the very idea of ‘podcasts’. A growing trend of exclusives tied to a service – like Spotify Originals – too dent the same, however, at the same time are responsible for the growth of the ecosystem.